Ajeeb Ghar/Wonder House/ the website.
1. a museum blog that connects 21st century South Asian Ajeeb Ghars with others around the world
2. a heritage hub, a think-tank and ‘do-tank’ for justice as collections and cultural industries increasingly meet source communities, native makers and users
3. a classroom, a studio, and a playground to revitalize museum education and archival engagement
4. a forum to discuss museum conflicts and disputes in heritage ownership, repatriations and returns
5. a digital adda — a space for chai and reflection — at the intersections of museum practice, archival advocacy, heritage policy and social change.

Taking inspiration from old-fashioned Ajeeb Ghars and Wonder-Houses of South Asia (whose precursors were Renaissance-era curiosity cabinets), the site gathers resources around all four of a museum’s functions: collections, interpretation, display, returns/repatriation.

Ajeeb Ghar/Wonder House will also offer a space to imagine museum and archival futures: probabilities, possibilities, and in the language of Wonderland, even some impossibilities. Here are six of them (as the White Queen would say, before breakfast!): A meta-museum dedicated to the decolonization of archives. A virtual ajeebghar devoted to the afterlife of objects, artworks and artefacts. A retreat and forum for dissent. A space where collections engage with communities and cultures, material and virtual. And with heritage, tangible and intangible. Where the definition of Ajeeb Ghar, the quintessential South Asian museum, is stretched for our digital age and turned upside down and inside out.

History and Background
And where was the original Ajeeb Ghar? 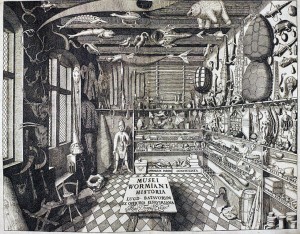 First introduced to English-speaking readers of literary fiction through Rudyard Kipling’s Kim, the term Ajeeb Ghar continues to be used to refer to all museums in South Asia. The literal translation from the Urdu (ajeeb = strange) is Strange House or Wonder House.  But both strange and wonder can have multiple meanings in the museum world. The original and eponymous Ajeeb Ghar was the fabulous Lahore museum with which Kim opens and where Lockwood Kipling (Rudyard’s father) was curator.  In Kim and other historical or literary accounts, Ajeeb Ghar was a magical place where 18th and 19th century viewers encountered ‘objects of curiosity’ — marvelous, unique, astonishing things from around the world and across oceans, from royal palaces to everyday lives. And a place where these encounters, more often than not, led to that feeling of awe, reverence, or stop-dead-in-your-tracks that early museum collectors called Wonder.

Because of its unique origins, colonial history, associations with place, and continuing cultural resonance,  Ajeeb Ghar in the 21st century can mean any or all of the following:

In this 21st century virtual avatar, Ajeeb Ghar/Wonder House will address all these elements, separately or together. Positioned somewhere between the idea of museum as temple and museum as forum, between heritage as noun and heritage as action verb, between the museological notions of wonder and resonance, Ajeeb Ghar will deal with ‘strange’ museum objects and ‘different’ cultural subjects in art, science and ethnographic museums; with curation and display in colonial archives and heritage collections; with festivals, stories, storytellers, art, artisans and craft; with museum frictions and cultural heritage disputes; with stories of repatriation and restitution and ‘giving back’ to source communities; and how all  of them often tumble, pell mell, as they fall down the rabbit hole and through the looking glass in their search for wonder, curiosity, beauty, context, belonging, cultural identity, political engagement, moral meaning, and better material futures.

It is my hope that Ajeeb Ghar/Wonder House will serve as:

As the world shrinks, and as the cultural clock zig-zags across continents, history becomes heritage before it has a chance to be fully lived.  If we are to create lasting social change, its never too late to look backwards in order to leap ahead; to responsibly, ethically, mindfully, put the Past Forward.   Indeed, in museum Wonderland, (and with sincere apologies to Lewis Carroll, the Walrus and Carpenter, and especially the Oysters – who’ve been replaced here by Museums!), one might even say that:

The time has come, the Keepers said
To talk of many things…
Of curiosity and looking glass(es)
Of cabinets and things
Of falling down the rabbit hole
Of whether Wonder sings.
But wait a bit, the Museums cried
Before we have our chat;
For some of us are fading
And none of us are fat.
Do we need to fast forward
To save from dying out?
Or are old Museums left well alone
So Wonder can leapfrog back